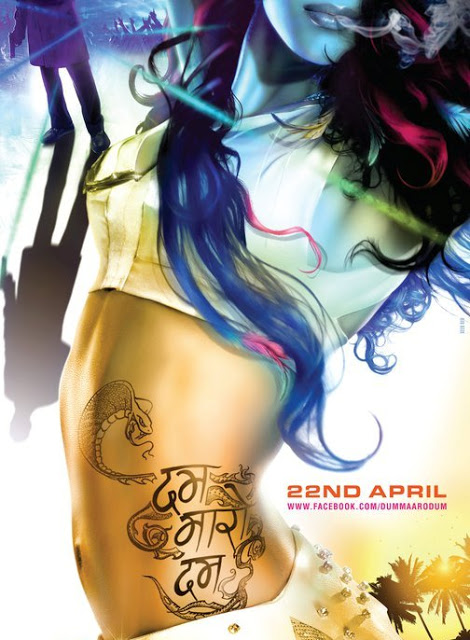 The banner outside the multiplexes & the hoardings of old traditional talkies (hall) are fascinating, enough to get the movie lover inside. Yes, the movie – released today !

The history repeat itself – this is what it, seems like. It is just like wrapping of old product in a new style , the style & the pattern which is highly suited and accepted – in the present scenario (due to change in social milieu).

However, this kind of attempt – was already, been taken long time back (in 1971) by our very own Dev Anand (the man known, for his dark attire). Now the thoughts are revived & customised, due to changing need of the target audience. This is what a new banner may tell to us, once you will watch the movie. It’s not a promotion …. just a chuckle .!

The story line of  Dum Maro Dum is very much similar of what – we have seen in Hare Rama Hare Krishna”. Where hippies”, drugs & music were the part and partial of the movie. The plot was the indication of cultural migration – within and from outside the Indian territory. Few places of the nation – with the availability of such resources, which make the life more into rave state is making it happen till today from that period.

This time the destination is Goa after Dharamshala this time there is no duppatta its a skirt’  and it is also a time when Rama & Krishna is also deleted due to their unpopularity.

Thank God Vishnu is still there, hope he will save all.